At the beginning of the New Year, 2022, we decided to find out how political scientists see it. It is clear that none of them traditionally wants to act as oracles, and therefore we asked them not what would happen, but which of the quite obvious events or trends could become decisive for domestic politics and the political situation around Russia next year. 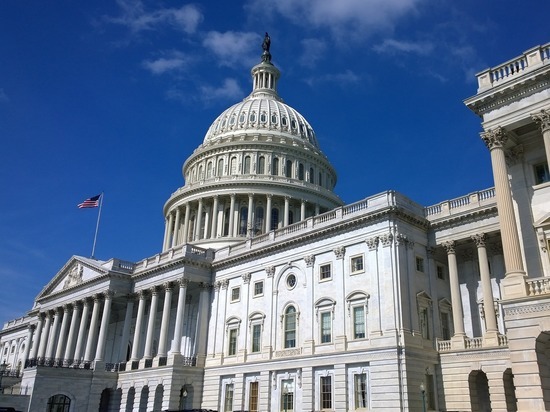 -The most important thing is negotiations with the US and NATO, which are related to foreign policy, but will certainly influence domestic policy too: this will concern Ukraine , security guarantees (for Russia – auth .), etc.

The second important event, it now determines everything, is the question of ending the pandemic: is Omicron a new wave of the pandemic, or is it its final act, what will be the mortality rate, will there be a need for more tightening (antikoid measures – auth .), etc. For a long time this issue did not play a big role in the domestic policy of Russia, but at Putin's press conference at the end of last year it became clear that this had already reached the highest level: protests of some part of the population, political forces, including against restrictive measures related to the pandemic.

The third is the issue of inflation, price increases, world price conditions, primarily for food. The fourth question is, of course, energy prices, the entire energy situation.

And there is no getting away from this, much will depend on what is happening in the United States. Therefore, the most important topic for all countries, and Russia in particular, is what will happen in November at the midterm elections, and whether they will be the threshold of some serious civil confrontation in the United States, as a result of which events that are important for all countries, without exception, may occur. This, of course, is the question of the dollar, the need to create some new reserve currencies, at least in the context of the crisis in the United States, and the general situation in the world, due to the fact that the question of power in the United States is suspended – in relation to 24- m year, and this will already be indicated in the 22nd.

It is difficult to say about other important circumstances. It is obvious that party life has come to a standstill a little (in Russia – auth .). It is there, but … “New people” only reveal their own face. It is clear that mainstream political life does not concern parties.

-The Geneva Treaty is designated as a starting point. Although I do not hope that there will be some kind of reset in relations with the United States and NATO. Given what has been said, it is clear that in relations with the United States and the collective West, much is determined by their reaction to Russia's demands for security guarantees. But since this story is unlikely to end with some kind of breakthrough, we will expect the concept of a besieged fortress, in which we all find ourselves, which means that we cannot expect some kind of democratization in the country, or neutralization.

Moreover, it is quite obvious that since the president's press conference was criticized against the Communist Party of the Russian Federation, related to the party's position on vaccination and quar-coding, it is clear that the Communist Party will remain under pressure.

There will be few elections this year. Probably the key and most noticeable ones are municipal in Moscow. But here pressure on the Communist Party of the Russian Federation can backfire, strengthen the position of the Communist Party, it can become a beneficiary, because here it looks like the main opposition party and the beneficiary of the protest vote.

From the point of view of the economy, the main question that may be asked this year is whether it will be possible to keep the price level and what will happen with the growth of incomes of the population. At the press conference, it was sounded that a stake is being made on three development tools: digitalization – I completely agree, increasing labor productivity – who is against it, and infrastructure projects. But they are troubling because these projects often do not create jobs for Russians. The infrastructure is being built by guest workers, who eventually transfer money abroad. That is, the allocation of money for infrastructure projects does not mean that there will be an increase in the income of the population. And the sounded positive assessment of the Central Bank's policy says that tough monetary policy is considered correct. This means that we are talking about curbing the growth of incomes or pensions, so as not to unwind inflation. I wish there was a middle ground.

With regard to politics. It is clear that it is important to implement the law on a unified system of organizing power. It is very interesting how effectively the new system will be built, how the regions will react to it, because the country is diverse, it is difficult to sew everyone using the same patterns or to heal according to the same recipes. In fact, we have completed the transition from federalism to a centralized unitary state. Now the federal authorities are responsible for everything. Relatively speaking, a power vertical has been built in which it is impossible to push everything onto bad mayors or bad governors, it is impossible to appoint switchmen, because this is a unified system of public power. At the head is the president. How this will affect the work of the authorities is an interesting question.

An equally interesting question is whether political competition will develop in our country. Or criticism of the Communist Party, etc. says that it is coming to an end, because it is not the time to compete with each other, when it is necessary to unite and unite in the face of pressure on Russia from outside. In addition, the regions were given the opportunity to abandon the proportional-majority system in favor of the majority system, and to reduce the proportion of party lists, or even abandon them altogether. That is, will it not finally finish off the party system of Russia.

Well, as for the long-term planning, which the president spoke about. It seems to me that there is a big problem with the image of the future. And the next year could be devoted to finding or promoting an image of a real future that can be trusted, which will return people to the optimism lost during the pandemic.

And again, I would like to believe that the pandemic will end this year, because it affects literally everything. After all, for example, the pandemic was the reason for the introduction of three-day and electronic voting. At the same time, it is important to understand that people no longer believe so much in the value of stability, since some already have nothing to lose, and the demand for change, one way or another, is growing. The question is how the government will respond to this request. The nightingale is not fed with fables. How much money has been invested in raising wealth is interesting, but people are interested in how much money is in their wallets and what prices are in stores.

– Decisive actions by Russia to ensure its security in the direction of Ukraine. This will be the main event that will largely determine the future fate. This is an event on the scale of the one that happened in 2014. It is most likely that Russia will recognize the DPR and LPR, and will deploy its troops there as a guarantee of security. Will it recognize the DPR and LPR according to the version of Abkhazia and South Ossetia, or according to the version of Crimea – that is, recognition, and in a few days acceptance into Russia, will it recognize them within the current borders, or within the boundaries of the current Donetsk and Luhansk regions? But for this it will be necessary to defeat the grouping of the Armed Forces of Ukraine. But these are completely different events.

Either it will be only the DPR and LPR, or the North Crimean Canal will also be unblocked, which is quite logical: if the grouping of the Armed Forces of Ukraine is defeated, why not carry out the unblocking of Crimea. If control is taken not only over Mariupol, but also over Kherson, then the question arises why not take control over the entire coast (Ukrainian – auth .) Of the Black Sea and go to Transnistria in order to resolve this problem. And that means that Odessa goes to Russia one way or another. And if Odessa leaves, then why leave Kharkov? In which, if there is a free referendum, 80% will vote for reunification with Russia.

How much the armed forces will be used, how much the West will be included, how strong the sanctions will be, these are the main events that will determine the future fate of Russia. The lack of tough action, after such an ultimatum, which Putin presented, will also have serious consequences.

The influence of elections and party processes is 2-3 orders of magnitude less. The modern Russian party system functions normally, a small part of the opposition is fixed within the framework of the completely non-radical parties of the Communist Party of the Russian Federation, the SR, and the Liberal Democratic Party. Events will take place there. First, there is an attack on the Communist Party of the Russian Federation – a conflict has arisen with the leadership of the party. In addition, a new type of party has been created – New People. This is a cyborg party, an artificial education. Now, according to the version of such a cyborg, a combination of digital technologies and living people, they will try to reformat other parties as well. Now the reformatting of the SR is clearly taking place, a new group has been introduced there, mainly political strategists, with the help of which this will be done. The same is the Liberal Democratic Party, with Lebedev's departure they will try to seize the moment. Plus the Communist Party of the Russian Federation will also be reformatted. These processes will be very active. To what extent it will be possible, I do not know.

The influence of covid as a factor will increase. This is due to the fact that the antwaxers managed to defeat the authorities, they were forced to yield. Maria Shukshina has more subscribers than Margarita Simonyan, and almost like Vladimir Solovyov. The authorities wanted to introduce quar codes on transport, but there was such a powerful attack on the deputies that they broke down: spare us, this is another decision, like raising the retirement age, we will not be forgiven. I don’t know what they will do. Maybe the decoy Cossacks will lead the anti-Vasser movement, or maybe they will be banned, or they will establish a dialogue with them, create places for them in the Public Chambers. This is perhaps the first time that some social groups have been able to defeat the authorities in recent years. People are tired, the problem will be very difficult to solve.