Spravorossi fails to collect 90 signatures of deputies under a request to the Constitutional Court regarding the abolition of indexation of pensions for workers. The LDPR and New People factions did not support this initiative. The chances of finding out whether the rules in force since 2016 comply with the Basic Law become illusory. 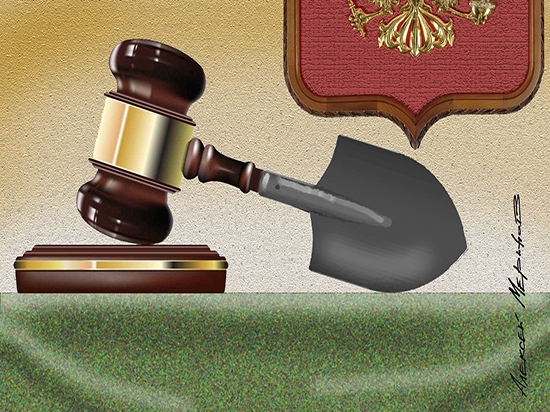 At the end of November last year, the leader of the SR faction, Sergei Mironov, announced the start of collecting signatures for an appeal to the Constitutional Court: spravorassi wanted to ask how the article of the law “On Insurance Pensions” that has been in effect since 2016 on the abolition of the indexation of pensions for workers, complies with the Constitution. To send a request, it is required to collect at least 90 signatures of State Duma deputies. SR has 28 mandates in this convocation. Mr. Mironov expressed the hope that at least the Communist Party factions (57 seats) and New People (15 seats) will support the initiative, and this would be more than enough.

A month and a half passed. The result is disappointing. As the deputy head of the SR faction Valery Gartung told MK, “it’s not working yet,” the document was signed only by 88 people: “besides our faction, the full composition of the Communist Party of the Russian Federation”, and also “individual deputies from other factions”, but not United Russia Mr. Gartung did not name the names of the “single”. According to him, the independent deputy Oksana Dmitrieva supported the initiative, but Yevgeny Marchenko, who became independent after being expelled from the United Russia faction, did not support it. “New People” refused to sign, although in words earlier, the vice-speaker from “NL” Vladislav Davankov said that this faction is for solving the problem of indexing pensions to workers. “I don’t know what will happen next,” Mr. Gartung honestly admitted. “Negotiations are underway,” said MK is another source in the SR faction.

An interesting story with the Liberal Democratic Party. Both in words and in voting for various kinds of bills proposing to return the indexation of pensions to workers, this faction is invariably in favor. Why doesn't he want to support the request to the CC? “There are norms of political ethics, and such issues are resolved at the level of faction leaders. Mironov and Zhirinovsky did not meet on this topic, “explained the head of the Duma Committee on Labor and Social Policy Yaroslav Nilov (LDPR) to MK. He recalled that when a few years ago the Liberal Democratic Party was preparing a request to the Constitutional Court on the distribution of deputy mandates, initially “SR” did not support it either, but after Zhirinovsky's conversation with Mironov, it changed its opinion, the request to the Constitutional Court left and was considered.

Why didn't the spravorassi people appeal directly to the leader of the Liberal Democratic Party of Russia? “And what to turn to him if he has already announced from the rostrum of the Duma that he will not sign anything with us,” says Mr. Gartung …

All these inter-factional intrigues, omissions and excuses make a strange impression. It would seem that there is a chance to finally get an opinion on a painful issue for millions of Russians from the only authorized person to assess the constitutionality of this or that law – the Constitutional Court, but no!

And the question is not idle. Many experts and deputies believe: the widely advertised amendment, which appeared in the Constitution in 2020, promises Russians a pension system based on the principles of “universality, justice and solidarity of generations” and indexation of pensions “at least once a year in accordance with the procedure established by federal law,” means the same approach to both working and non-working pensioners. True, the Ministry of Labor has repeatedly explained that the Constitution is being respected, pensions to our employees are also indexed according to the law, but only on paper, and they begin to be paid in full only after the citizen does not quit.

At the end of December 2020, after a meeting with the head of the FNPR, Mikhail Shmakov, the president instructed the government to propose options for returning the indexation of pensions to workers by February 1. But since then, neither the head of state, nor the prime minister, nor the head of the Ministry of Labor have reported exactly which options were presented to the Kremlin. And all bills proposing to return the payment of pensions to all pensioners in full, invariably receive a negative opinion from the government and are rejected by United Russia (among which, however, there are also a lot of supporters of a return to the rules that existed before 2016). And now the State Duma is waiting for the consideration of several initiatives on this topic, including from the parliaments of Khakassia and the Nenets Autonomous Okrug, from the communists and party leaders …

Unofficially, some deputies from different factions in a conversation with MK explain the difficulties with collecting signatures “by the Kremlin's unwillingness to once again arrange a public discussion around a sensitive topic and put judges in an awkward position.” Political scientist Konstantin Kalachev, in turn, believes that the appearance of a request to the Constitutional Court, which was unanimously signed by all Duma opposition factions, is “unacceptable” for the authorities also because “it can create a precedent for their unification on the issue of the current agenda.” “Moreover, whatever the hypothetical response of the Constitutional Court, it is an unnecessary reminder that the amendments to the Constitution did not make Russia a social state,” he told MK. And what is happening around the request now gives grounds “once again to speculate that the parliamentary opposition is like a swan, cancer, pike and the fourth faction” …

Since 2016, the number of working pensioners in Russia has decreased by almost twice: they either go into the shadows, or simply leave work as the difference between the pension of an employed and an unemployed becomes more and more impressive, or they are registered as self-employed, who are considered unemployed in our country and have the right to full indexation.