At one time he got into a dark story

Andrey Kostin became the new Prosecutor General of Ukraine. On the eve of his candidacy was submitted to the Verkhovna Rada by President Volodymyr Zelensky. 299 out of 226 deputies voted for the corresponding proposal. What is known about the new assignment. 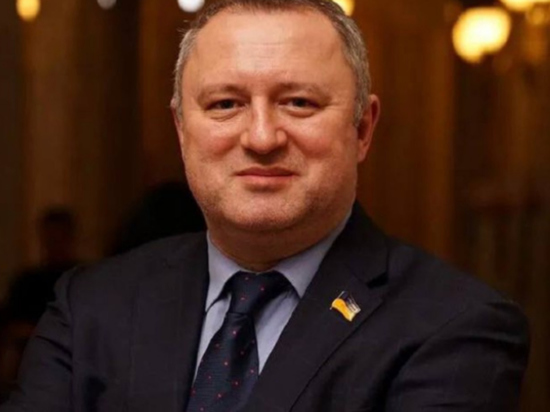 After the dismissal of Irina Venediktova, Kostin, together with Acting Prosecutor General Oleksiy Simonenko, were the expected candidates for the vacant position, as indicated by the Ukrainian media. As a result, the Rada officially received a proposal only with his candidacy, so the issue of appointment, in fact, was a formality.

Andrey Kostin is a native of Odessa. In 1995 he graduated with honors from the Odessa State University. He worked in various law firms, having gone from an ordinary lawyer to a manager. In 2000 he became a member of the International Bar Association. Being a quite successful lawyer with his own company, in 2010 Kostin stepped onto the winding road of Ukrainian politics, being elected to the Odessa City Council from Arseniy Yatsenyuk's Front for Change party. In 2019, at number 108, he entered the Verkhovna Rada from the presidential party Servant of the People, which opened up new political prospects for him. And along with this, curious facts of his biography began to emerge, which, before his political aspirations, were of little interest to anyone.

At one time, Kostin applied for the position of head of the Specialized Anti-Corruption Prosecutor's Office, but due to pressure from public organizations that considered his figure “doubtful”, this appointment did not take place. What got in the way? As always, the “housing problem” intervened. In 2019, Kostin sold two apartments in Odessa for a total of 1.2 million hryvnias (approximately 32,000 euros). The fact of the sale of real estate, the future Prosecutor General did not declare, in order to “optimize taxation.” At the same time, his wife owns three Odessa apartments at once, each of which has an area of ​​​​more than 100 square meters. m.

After becoming a deputy, Kostin fell into a group of Ukrainian parliamentarians involved in nepotism. Kostin's wife Olga works as an assistant consultant for fellow party member and Kostin's colleague on the committee Maxim Dyrdin. In turn, Dyrdina's wife works in a similar position with Kostin. Kostin's assistant, according to Ukrainian media, could be involved in money laundering in preparation for the Winter Olympics in Ukraine back in the days of Yanukovych.

Since 2019, Kostin's daughter Anastasia has been working as an assistant to her father's colleague in the Servant of the People faction ; People's Deputy Andrei Zadorozhny, whose son also works for Kostin. Such is the “all-round defense”.

Among other things, it was Kostin, as head of the parliamentary committee on legal policy, who was responsible for the notorious judicial reform. Ukrainian publications noted that under his leadership, the reform in the country was hampered in every possible way and took place with many distortions. It was emphasized that Kostin was directly involved in the shortage of about 2,000 judges that had formed in Ukraine.

Despite all the “merits” Kostin and having nothing to do with the prosecutor’s office, it was his candidacy for the position of Prosecutor General that was promoted by the head of the Office of the President of Ukraine Andriy Yermak. He also once recommended Kostin as a candidate from the Servant of the People. at parliamentary  elections in 2019. Once again, Yermak's personal interests have led to new personnel changes in the Ukrainian leadership.